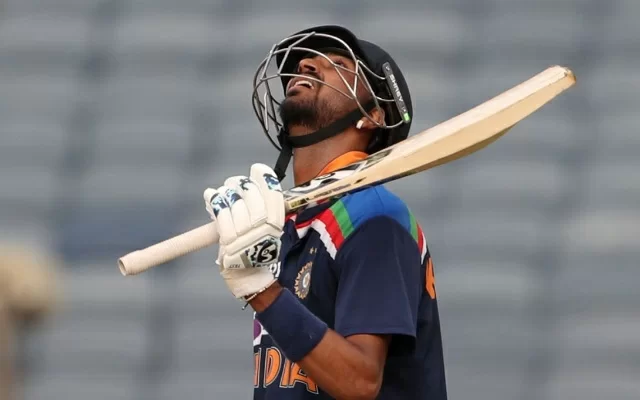 The 2nd T20I between Sri Lanka and India has been postponed after Team India all-rounder Krunal Pandya tested positive for COVID-19. Today, the player returned with a positive result, and the match is set to take place tomorrow (July 28).

Pandya is the second Indian player to test positive for the virus in the last few months, with Rishabh Pant succumbing to it during the team's break in England. A total of eight players are claimed to have had near encounters with the all-rounder.

Krunal Pandya has played in two ODIs and one T20I thus far in the series. While India was defending a total of 165, he took the wicket of Minod Bhanuka.

Krunal Pandya is expected to be placed in isolation, and the contingent will be examined again before being deployed.

The virus was transmitted by a Sri Lankan Cricket staffer affiliated with the media, resulting in the press box being shut down for the first T20I.

After the Sri Lankan contingent returned from England, batting coach Grant Flower, a team analyst, and a reserve batsman tested positive for the Covid-19. Before playing in the ODI series, both teams had to go through quarantine.

The rescheduling of the dates will result in the third and final T20I match being rescheduled as well.

At the R Premadasa Stadium, the visitors won the first T20 by 38 runs. Despite an absence of fireworks near the end, the squad scored 164 runs because of Suryakumar Yadav's heroics with the bat.

As spin twins Rahul Chahar and debutant Varun Chakravarthy held the fort, Bhuvneshwar Kumar picked up a four-wicket haul to clear off the tail.